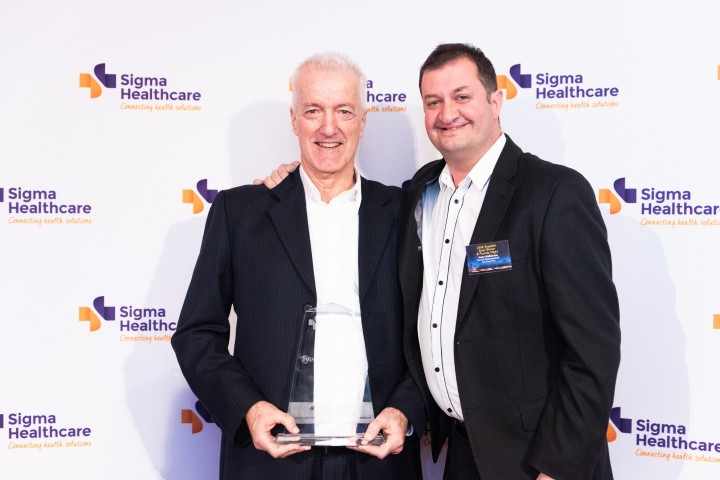 Novartis Australia has won the prestigious 2018 Sigma Supplier of the Year award at a gala industry event held at the Plaza Ballroom in Melbourne last night.

For the past seven years, Sigma has led the way in the pharmaceutical sector by annually acknowledging its suppliers in an award ceremony as part of its continuing program to invest in business partnerships.

Other 2018 winners recognised for their excellence include Blackmores, Natio, Bayer, ProQuest, Ego and Australian Pharmacy Sleep Services. (see full list of winners below).

Mark Hooper commented: “The Sigma Supplier of the Year award has become a very important annual industry award because it recognises the continued efforts and support shown by our business partners to achieve shared goals and outcomes. It is only when we work effectively with our suppliers that we can ensure we deliver the best outcomes for consumers and our member pharmacies.”

“Novartis and Proctor & Gamble have been great business partners to Sigma for many years and have consistently illustrated excellence across our business. These awards demonstrate the true value of partnerships, working together on strategic outcomes, as shown by the broad range of category winners announced last night,” Mr Hooper said.

Denys Patterson from Novartis commented: “This major award is a reflection of the hard work of both Sigma and Novartis and the level of engagement which both parties have with each other. Our relationship is very much a win-win for both parties.”

Andrew Wand, Pharmacy Team Leader at Proctor & Gamble commented: “It’s always our aim to be the best FMCG supplier and that was one of our goals for this year. These awards show the alignment of our values with those of Sigma.”

Funds were also raised at the gala event for the Summer Foundation, Sigma’s charity partner. The Summer Foundation supports young people with disabilities to find independent living away from nursing homes. Mr Hooper presented The Summer foundation with a cheque for $55,600 at the end of the event.

Over 250 suppliers were in the running for the awards, with eight different suppliers recognised for outstanding achievements.

Mr Hooper said the awards were an important recognition of the critical role that suppliers played in the pharmaceutical sector.

Sigma Supplier of the Year  :     Novartis

FMCG Supplier of the Year: Proctor&Gamble

Medicinal Supplier of the Year: Bayer

Services Supplier of the Year: ProQuest